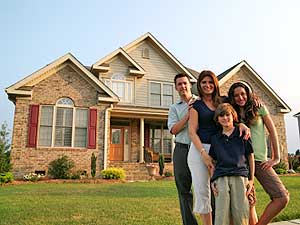 Grey Bruce Owen Sound home sales set new January record Residential sales activity recorded through the MLS® System of the REALTORS® Association of Grey Bruce Owen Sound came in well above year-ago levels in January 2016. Home sales numbered a record 120 units in January 2016, up 41.2 per cent from January 2015. The previous January record was set back in 2007. Sales of all types of properties numbered 150 units in January 2016, up 26.1 per cent from the previous January. The average price of homes sold in January 2016 was $236,645, dipping 3.5 per cent on a year-over-year basis. The decline likely just reflects the kind of volatility that can arise in the slower winter months. The average price in 2015 advanced by eight per cent from 2014, and the market is even tighter to begin 2016. New residential listings on the Association’s MLS® System numbered 226 units in January 2016. This was a decrease of 18.7 per cent compared to January 2015. Active residential listings totalled 1,023 units at the end of January, down 34.3 per cent from the same time last year. Inventories have dropped sharply in recent months. The number of months of inventory stood at 8.5 at the end of January, well down from 18.3 months at the end of January 2015 and below the long-run average for this time of the year. The number of months of inventory is the number of months it would take to sell current inventories at the current rate of sales activity. The dollar value of all home sales in January was $28.4 million, up 36.2 per cent on a year-over-year basis. This was a record for the month of January and marked the first time dollar volumes had surpassed $25 million in this month. The total value of all properties sold in January 2016 was $36.9 million, an increase of 13.9 per cent from a year earlier. Important information The REALTORS® Association of Grey Bruce Owen Sound represents approximately 360 REALTORS® registered with its member offices.