How Will The Bank of Canada’s Interest Rate Hike Affect Real Estate Prices? 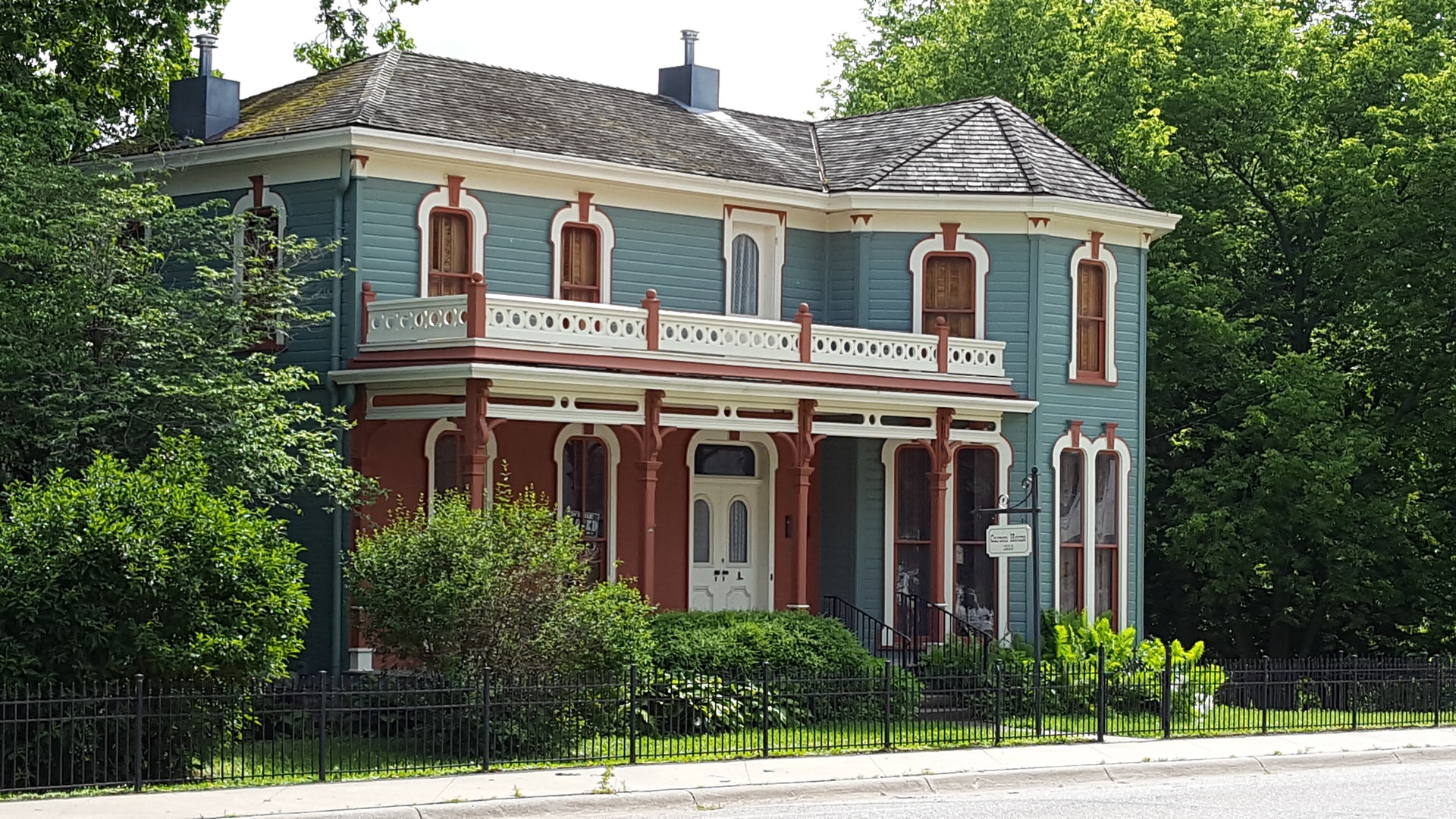 The Bank of Canada has just increased its interest rate for the first time since 2010. With a rise of 0.25 per cent, the interest rate now sits at 0.75 per cent, naturally leaving many people wondering how this is going to affect the housing market. Real estate prices in Ontario have been climbing quickly in the last two years, but will the interest rate hike now turn things around? Whether you’re looking to buy or sell a property in the near future, it will be useful to know if the housing market is about to cool down. To work out what’s likely to happen, we can look at the expert analysis and what happened last time the interest rate was raised.

According to the CDC, the new interest rate isn’t going to have much of an impact on the housing market. Local experts, including mortgage broker Suzanne Boyce, say that it won’t make much difference to anyone applying for a mortgage. Boyce says that the small increase means people will pay an extra $5 every two weeks for a mortgage of $100,000. However, it’s also important to take other factors into account when thinking about mortgage affordability. Other debts can make a difference as they can become more expensive too. It’s important to note, too, that this initial increase could be an indication of further increases in the future.

Better Dwelling says that for each 0.25 per cent increase in interest rates, borrowing power on mortgages is reduced by 3 per cent, and vice versa. However, although there is an impact on the housing market, the effect when the increase rate rises doesn’t appear to be as dramatic as when it is lowered.

Looking at Canadian real estate as a whole, analyzing what happened last time the interest rate was increased can give an indication of what might happen this time. In June 2010, the interest rate rose by the same amount as now, increasing from 0.25 per cent to 0.5 per cent. However, it was followed by another hike to 0.75 per cent a month later, then another to 1 per cent in September, where it stayed for a few years. Data from the Toronto Real Estate Board and the Real Estate Board of Greater Vancouver shows that property prices stalled for several months after the increases. However, over the 4 years that the interest rate remained at 1 per cent, there was a general upward trend in house prices in both Toronto and Vancouver.

Some experts point out that the 0.25 per cent increase could be the first of several. Looking back at the last increase, which was swiftly followed by two more, it’s possible the same thing could happen again. This would mean that mortgage affordability could change by 9 per cent and people might find they need to reassess the affordability of their other debts. Further interest rate increases could lead to a cooling down of house prices if people are finding it difficult to be approved for a mortgage. The chief economist at the Bank of Montreal, Douglas Porter, even thinks the interest rate could be up to 1.5 per cent by mid-2018.

The Globe and Mail reports that Professor John Andrew from Queen’s University expects that further interest rate hikes will mean housing markets across Canada will cool off and experience a slump. He states that this could have consequences for people whose mortgages come up for renewal and could be facing higher interest rates. Average wages aren’t rising, meaning owning property could become less affordable. As well as homeowners, investors could also be in a hurry to sell their property at lower prices if they are no longer able to rent them for an amount that covers their expenses.

Other factors also influence the housing market in Ontario. A recent introduction of a provincial foreign buyer’s tax in Toronto has meant that the housing market in the city has begun to cool off. Benjamin Tal, deputy chief economist at CIBC World Markets, expects that the change in interest rate could prolong this cooling off period in Toronto. However, he also believes that the recent drop in home sales in the Greater Toronto Area won’t be a long-term trend. Some experts believe that the foreign buyer’s tax is the main factor putting off buyers currently, and is more significant than the interest rate change. However, this is partly domestic buyers simply waiting to see how the tax will affect the housing market.

While the foreign buyer’s tax has definitely cooled off the GTA market, it has also been affected by the increase in property listings. There are also stricter requirements to secure a mortgage, which has further contributed. In fact, GTA property prices have been steadily cooling since the spring. The average price in June was $793,915, compared to $920,791 in April.

In terms of high-end real estate, the CEO of Sotheby’s International Realty Canada says that the interest increase won’t have much effect on the higher end of the housing market. Brad Henderson points out that those investing in luxury property are unlikely to be particularly affected when compared to the average Canadian. According to Sotheby’s, the GTA saw a 41 per cent increase in high-end property sales in the first half of 2017 compared to the same period in 2016. However, the new tax for foreign investors and other new rules have had an impact. In May and June, top sales decreased slightly for Sotheby’s in Toronto, while in Vancouver, where a foreign buyer tax came in last year, high-end sales fell by 23 per cent in the first half of the year.

When it comes to rental prices, increased interest rates could mean that rents rise too. More people could be looking to rent instead of own, which will drive more competition for better rental properties with landlords. Tom Davidoff, from the University of British Columbia, told On the Coast that people in Vancouver could choose to rent as the more affordable option, perhaps also selling property in order to capitalize on the interest and return to renting. However, in Toronto, Professor Andrew believes that even if rents do rise, it might not be enough for investors to want to hold onto their property and wait for them to keep rising so they can cover their costs. Davidoff also pointed out that the economy is doing well partly thanks to the housing markets in Ontario and Vancouver. He believes a housing market crash following interest rate increases is unlikely.

One thing is for certain, and that is that banks are already responding to the interest increase by raising their prime lending interest rates. The Royal Bank of Canada has moved its lending rate from 2.7 per cent to 2.95 per cent. Other large banks have done the same. The increase in prime rates will affect these banks’ floating-rate loans, which includes student loans and variable rate mortgages. So people could find that it’s not just mortgages that are affected but other debts that they hold too.

Some housing markets across the country had already begun to cool, such as the previous mentioned market in Toronto. The initial increase in the interest rate by the Bank of Canada could mean the cooling period is extended, especially if there are further increases. However, this presents a couple of issues. While lower property prices could make real estate more affordable for some people, it might mean that current homeowners start struggling. Even a small increase in their mortgage payments could make things difficult. People who are very close to being unable to cover their expenses could find themselves in trouble.

The people who will benefit most from the housing market cooling off could be anyone who has been biding their time, waiting for the right moment to buy a home. If you have a down payment ready to go, it could be a good idea to get ready to strike soon. Overall, the opinion is that the new 0.75 per cent interest rate shouldn’t have too much impact on the housing market in major metropolitan areas or across Canada. Although it might extend periods of cooling off in some places, such as Toronto, it will likely take a few more hikes in the interest rate for there to be a larger impact. However, some economists and real estate experts do expect that there might be a further rise in the rate within the next year.

As the data from the previous raising and subsequent lowering of the interest rate shows, the impact on the housing market was more dramatic when the interest rate was brought back down. Although property prices did stall for several months when the rate was increased three times, property prices did continue to rise. However, this time there are also other factors that are affecting the housing market in Ontario, as well as across Canada. For now, the impact might not be huge, but it could be more significant if there are further hikes to the interest rate.